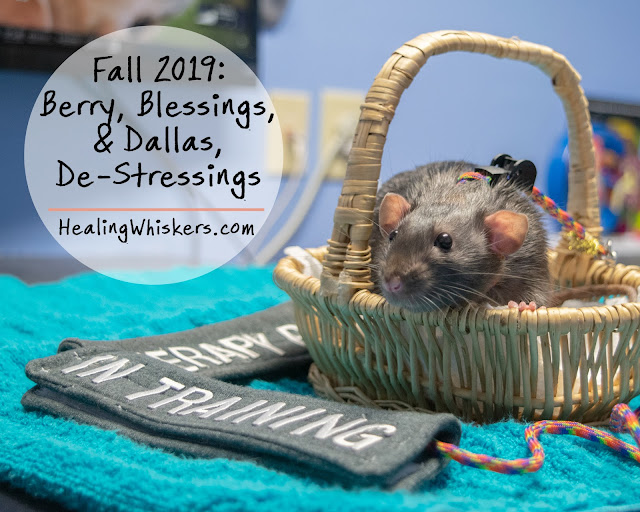 It's been almost two years since I updated our blog since life has gotten so busy. I finally got a break so it is time for a proper update! I thank everyone who follows us on social media: Facebook, Twitter, Instagram, Tumblr. Let's finish off 2019 in this blog post... 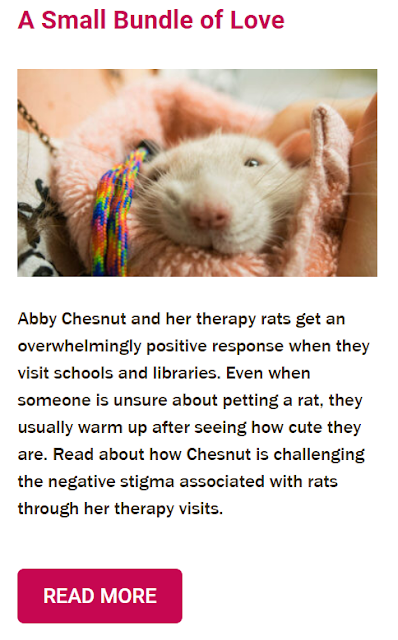 In September, I was featured on the Pet Partners' website with a little article under their Featured Teams section. It's a nice little article about what I did with Vincent and Oliver. 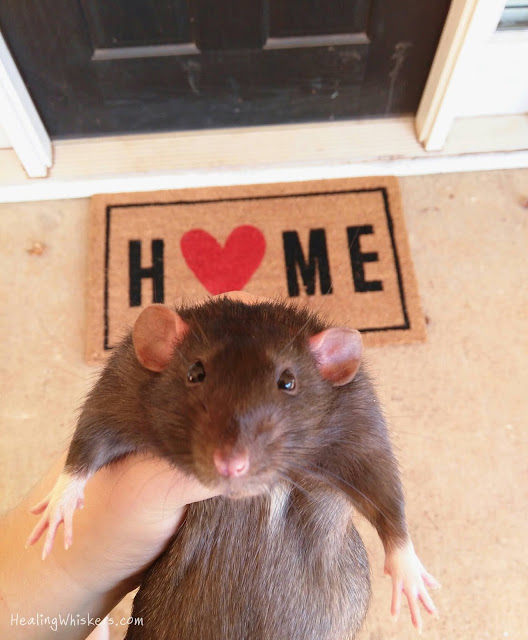 Late August/early September we moved to Dallas, GA with our menagerie. It was tough since I was actually pet sitting for a family member in Dallas, TX while Johnny was maneuvering everything with his family back in Rome, GA. He managed and it has been great here!

Blessing of the Animals 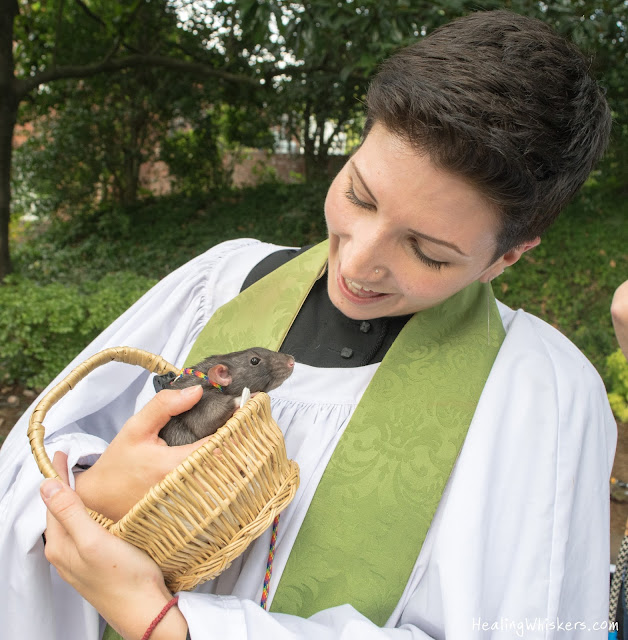 In early October, we attended the Blessing of the Animals over in Rome at St. Peter's Episcopal Church. Vincent was blessed previously, and this was a great training opportunity for Franklin. Everyone including Mother Melissa enjoyed seeing him! 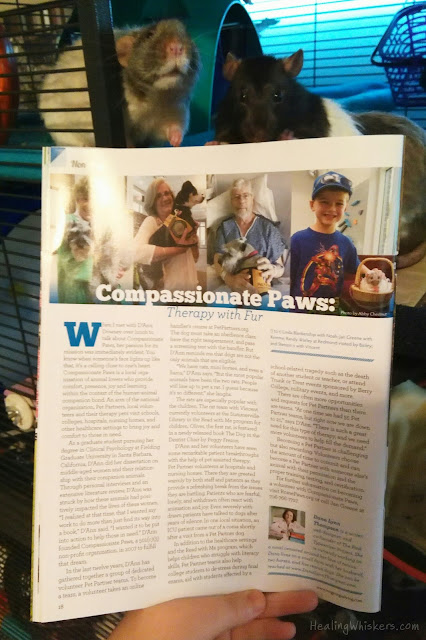 Our local therapy group, Compassionate Paws was featured in the Northwest Georgia Living - Fall 2019 issue. There are a couple of paragraphs about how popular Vincent and Oliver have been in the program.

Vincent and I went to a senior program in Armuchee, GA with Compassionate Paws mid October to talk about what animal therapy is all about. I was honestly surprised at how much the seniors liked Vincent! 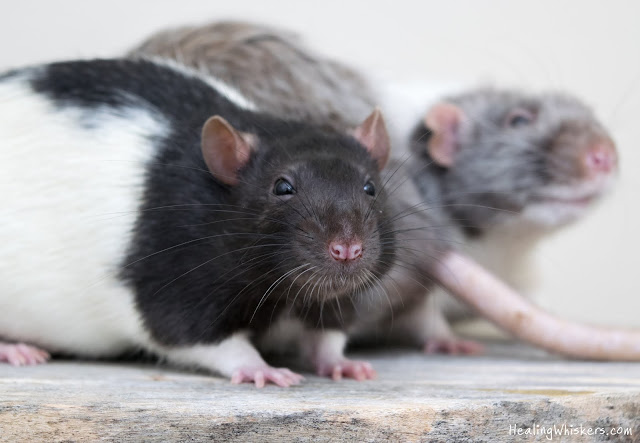 At this point in time, Kingston had started to live with the other rats. It was pretty difficult at first, but the big turning point was when I put him in the same cage with Vincent and Xavier. The two older boys didn't react to Kingston's anxious squeaks and so this let him calm down and understand that no one was going to hurt him. I decided not to train him for therapy work because he had been mouthy with me a couple of times and his overall health wasn't the greatest. 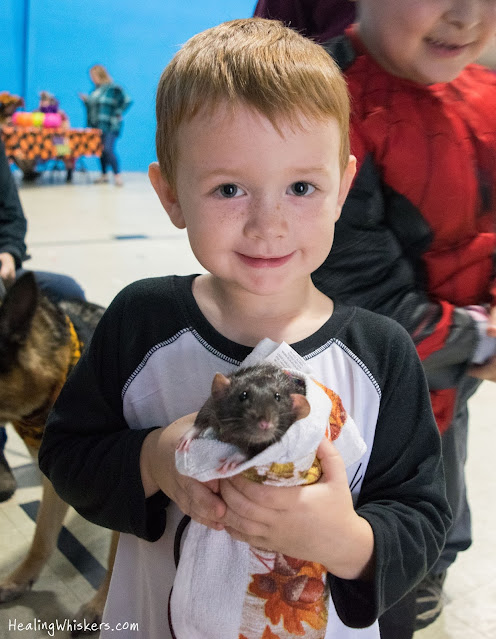 We went to the Garden Lakes Baptist Trunk or Treat near Halloween to help train Franklin for his upcoming therapy evaluation in November. It was a lot of fun and I learned that Franklin does really well in the rat burrito. You can see all the photos on our Facebook. 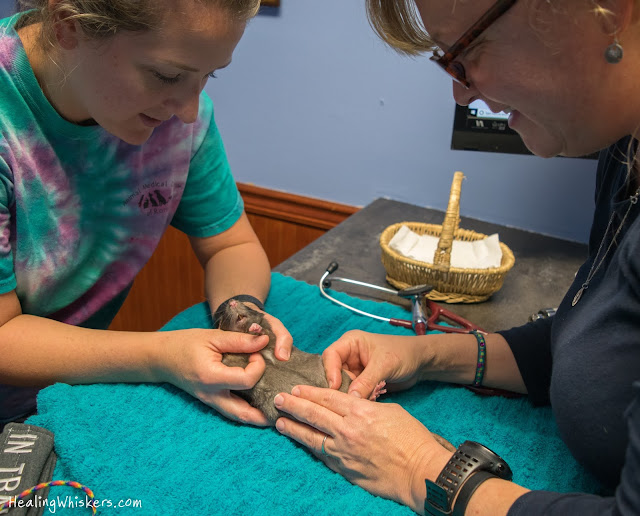 We got the A-OK from our vet at Animal Medical Center of Rome for Franklin to do therapy work. It's a prerequisite for therapy animals to be evaluated by a veterinarian before they take their therapy animal evaluation. 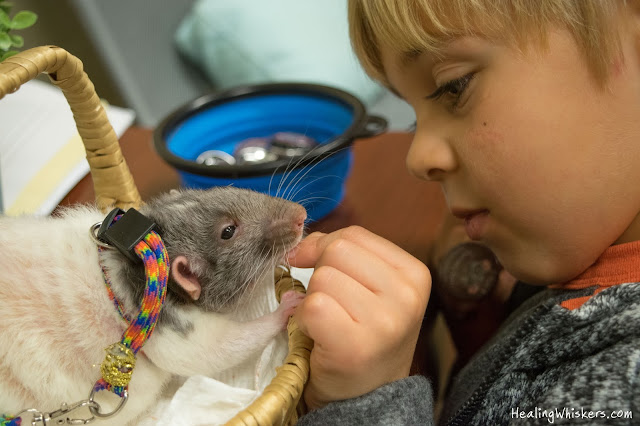 Vincent attended one last event before retiring. How appropriate that Vincent's first therapy event was at Berry, and his last would be in the same place. It was a bittersweet visit and I wrote this on the social media posts: "This little boy named Wyatt (yes, he was inspiration for my Wyatt) has been visiting with us since Oliver first started. I talked to his mom and she said that he has been taking Oliver's passing very hard and cried about it just the night before.
That's one of the hard parts about having rats as therapy animals. The people you visit become very attached to these animals who have short life spans and it's very hard when they pass away. I think the pros definitely outweigh the cons when it comes to therapy rats though." 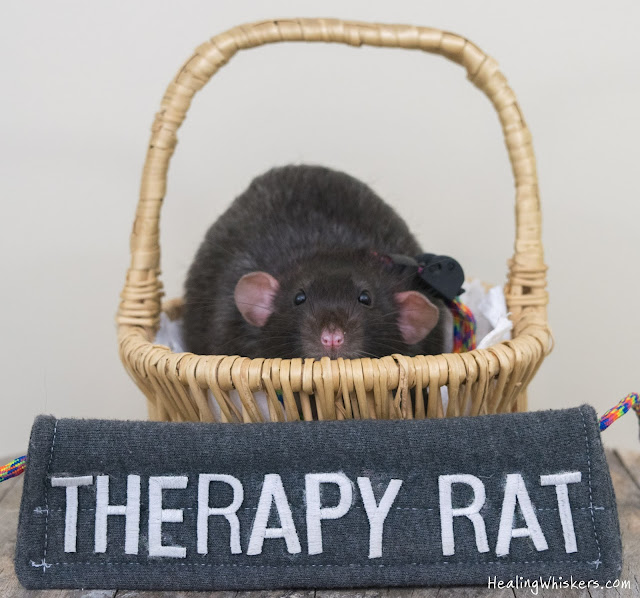 Franklin passed his therapy animal evaluation in November with a predictable score! (We have a video of Vincent's test if you'd like to see what all goes into it) And again, I was scored lower than the rat, haha. I made some really cool videos showing how to make rat birthday hats as well as a sweet potato cake to celebrate. 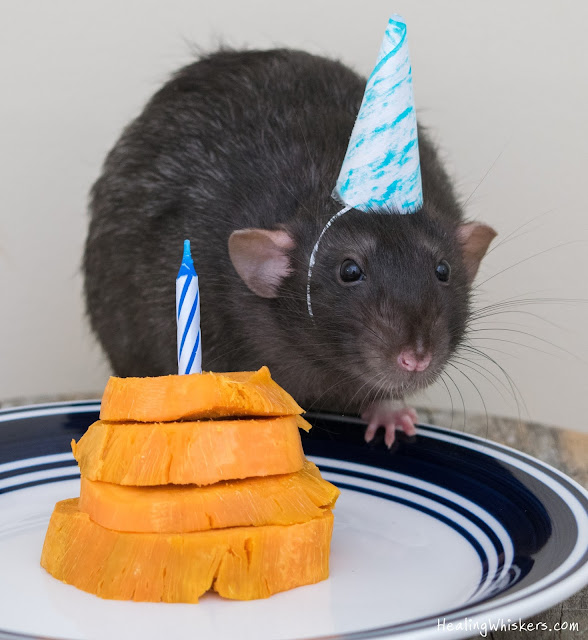 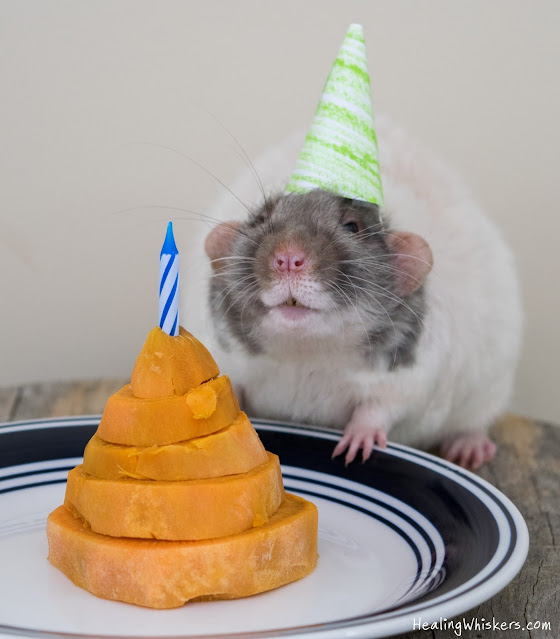 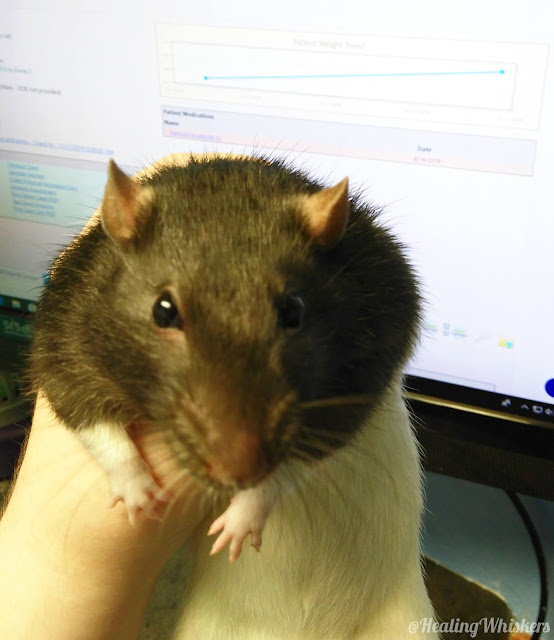 Kingston went to the vet in late November for some abscesses that were in his groin area (boys, am I right?) and some respiratory issues. His weight had increased significantly since his initial visit which was great! 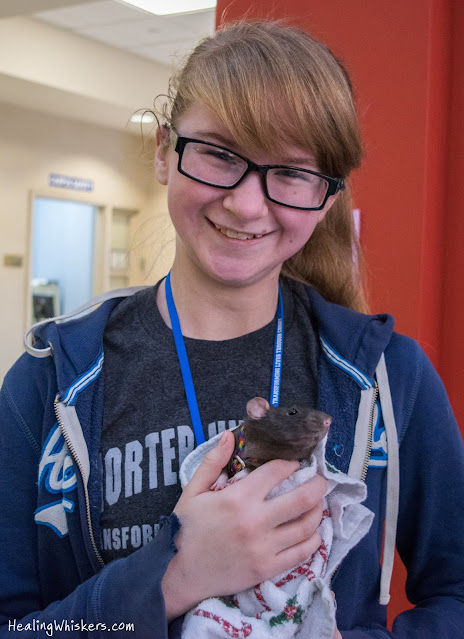 Franklin's first therapy event! It was a small de-stress event at Shorter University in December and he did really well. Again, just really loving the rat burrito. You can see more photos here. 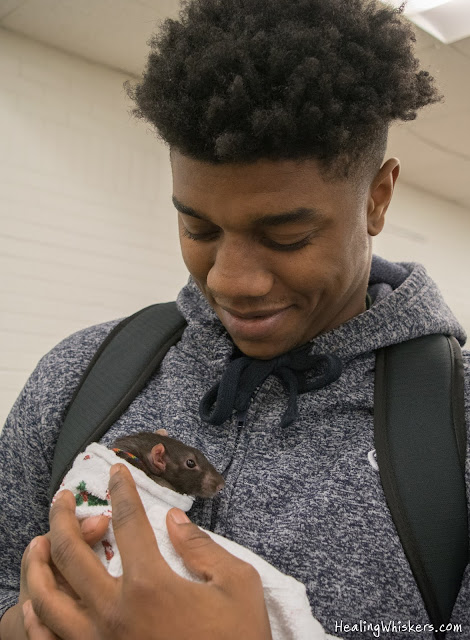 Franklin the burrito boy did so well at Georgia Highlands at both their Rome and Cartersville locations for their finals de-stress event in December! You can see more photos here.
So that was the rest of 2019! We saw the start and end of a therapy career and Kingston settling in nicely with the rest of the crew.
What was your favorite memory of 2019?
Let us know in the comments below!
at 12:00 AM
Labels: Events, Updates