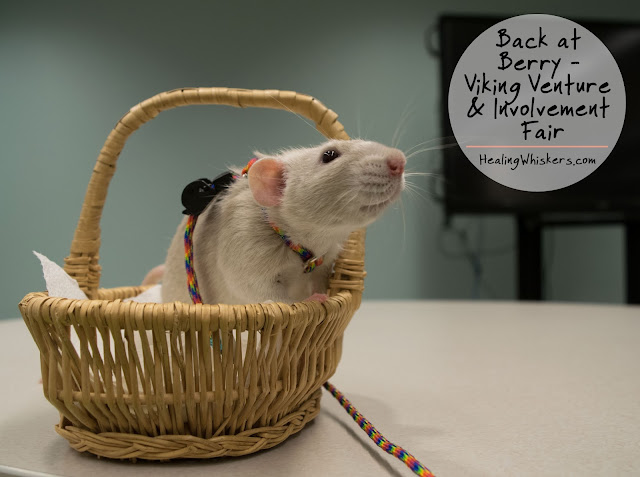 Last month, we got back in the hang of things by going back to our favorite place ever: Berry College! It's not just my favorite place because I am an alumnus, but Oliver loves his Berry kids too! 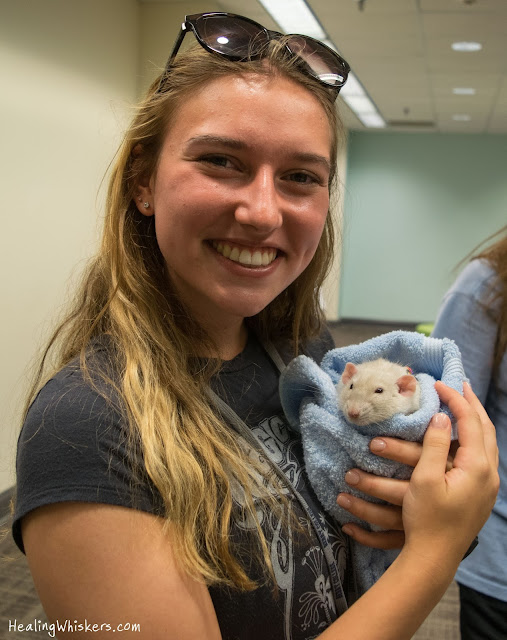 First off was Viking Venture which is a program for Berry Freshmen. They always have a tour of the library, and we got to be a little surprise part of it. 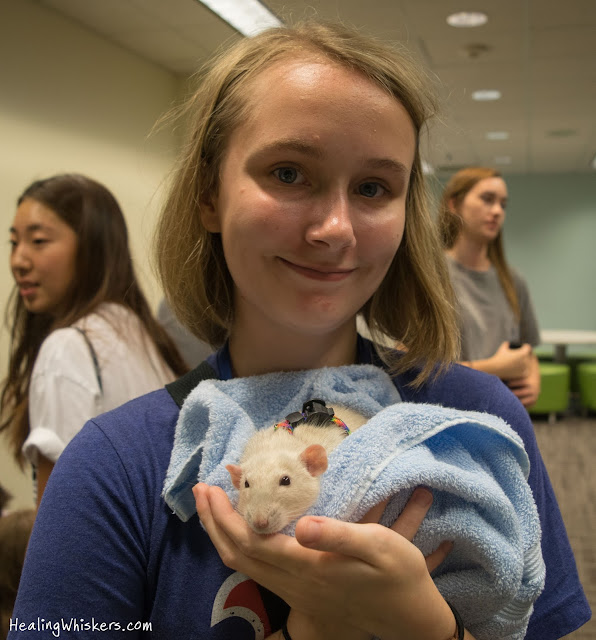 I'm not sure how many people we met, but probably the whole freshman class! 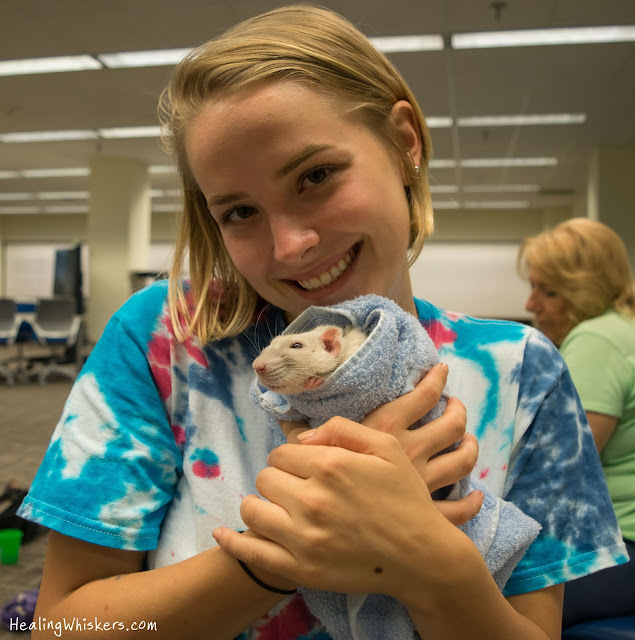 We were kinda rushed when we got there (like literally), but we did get a few moments where we could breathe a little. Oliver did wonderfully and I really saw him enjoy his work. 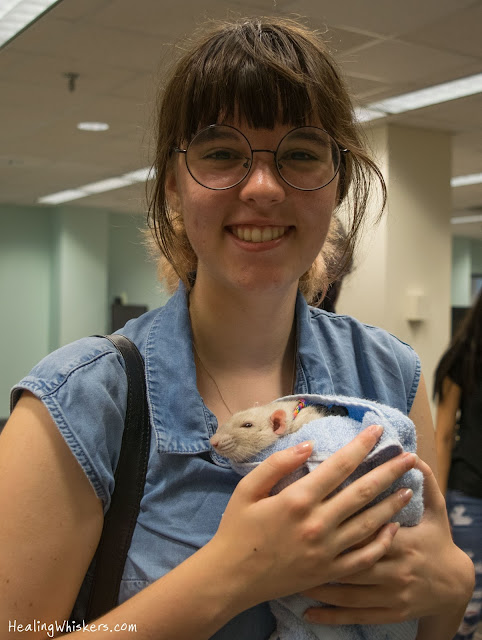 He relaxed, bruxed and boggled, and generally was very content. We had a lot of interactions over the summer with little kids, and I think visiting his Berry students made him very happy. 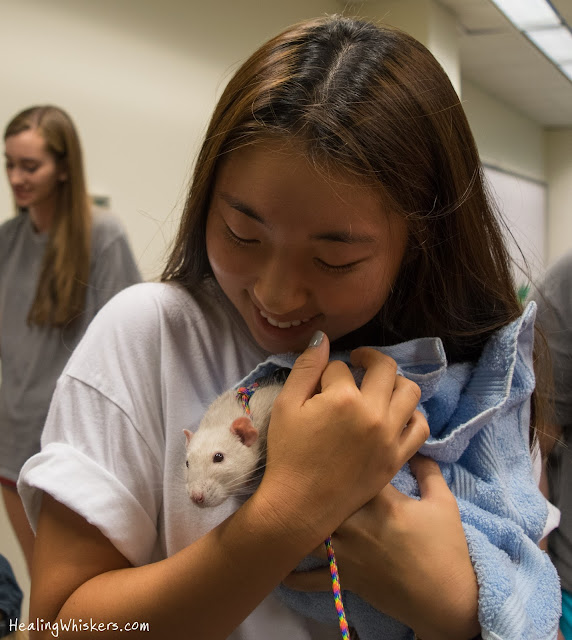 Seeing him so happy made me almost cry. I know, it's silly, but I love seeing him enjoying his work. 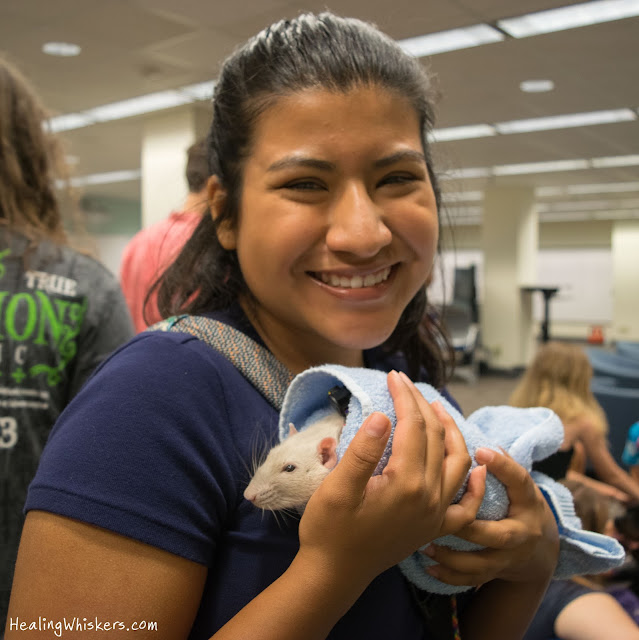 We brought out the "I Pet a Therapy Rat" buttons and now we only have like 2 left! I ordered some more, and these are bigger so you won't have to squint! 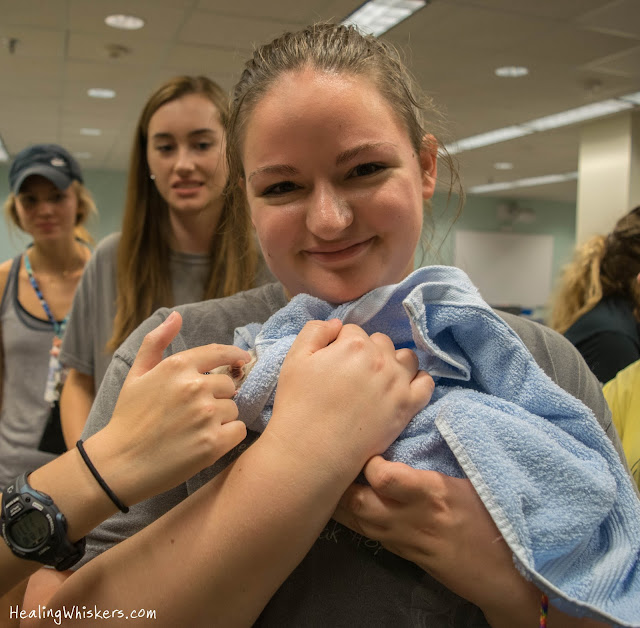 But we will have buttons available at future events. If it is a kid-centered event we might have stickers instead. Don't want any kid to poke themselves with a button! 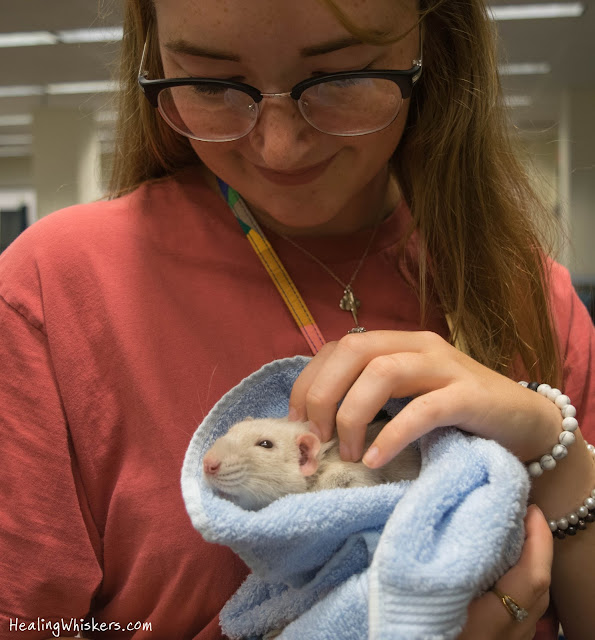 So yeah, Viking Venture was a big hit! About an hour and 30 minutes in, Oliver started to get cranky and was telling me he was done. We have been training for a year and I finally have a signal he is done working! 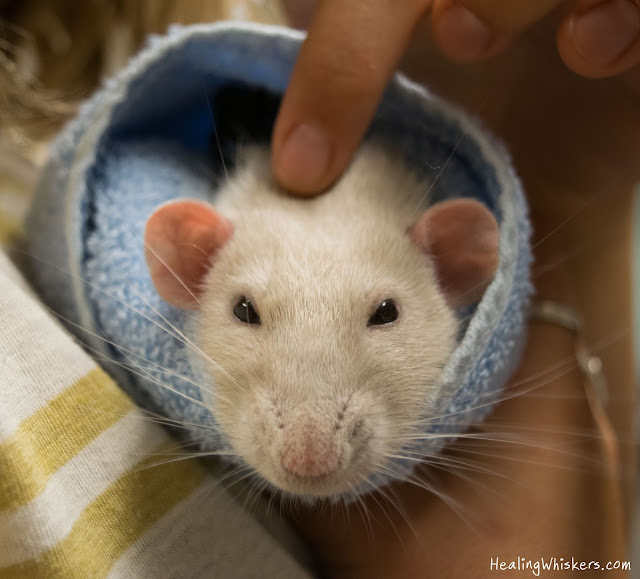 It's super important as a therapy animal handler that you are in tune with your pet and know their limits! 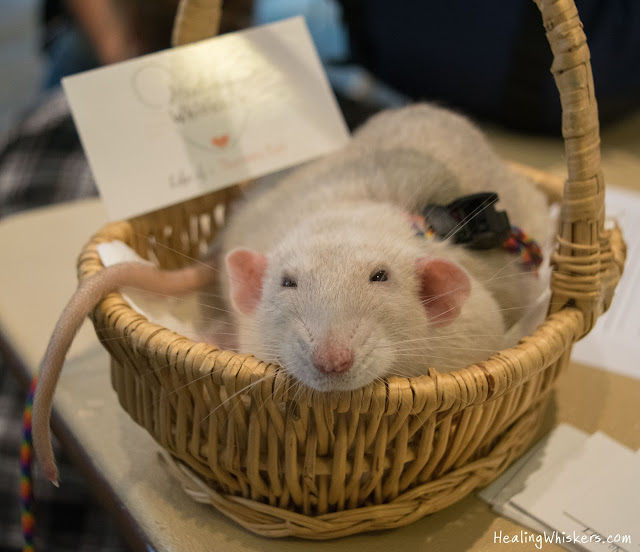 The Involvement Fair is where students go to learn about extra activities, volunteer work, or clubs. We were inside, which is great, but it was unusually hot in the building. I think I suffered more than Oliver.

We met a lot of new friends and saw some old friends too which is always really awesome. 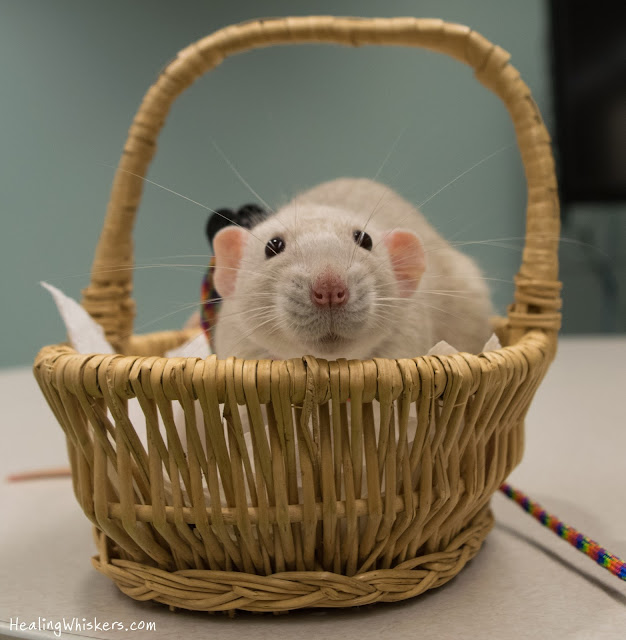 I'm so proud of Oliver! A year ago he was just starting with some serious training and now he brings smiles to people all over the place! 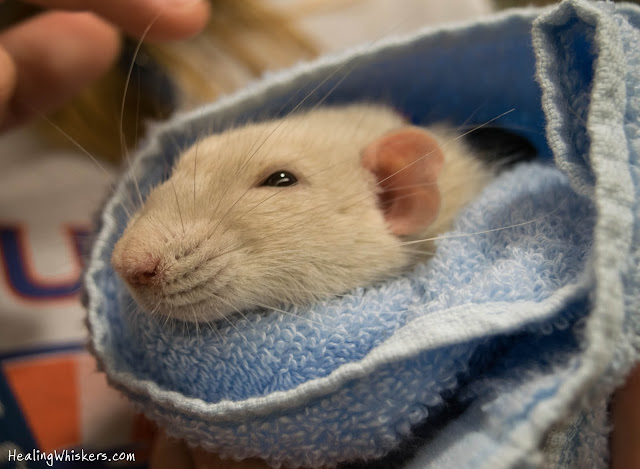 How long have you been following our adventures?
Let us know in the comments below!