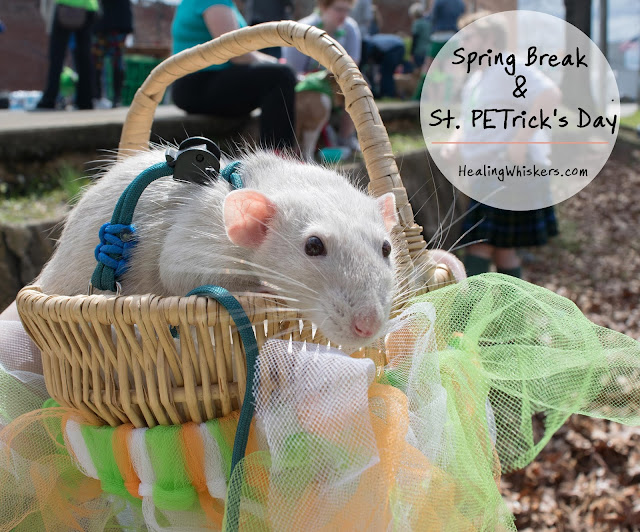 March was a great month for us! We had another event at Berry College and also walked in a parade for St. PETrick's Day! 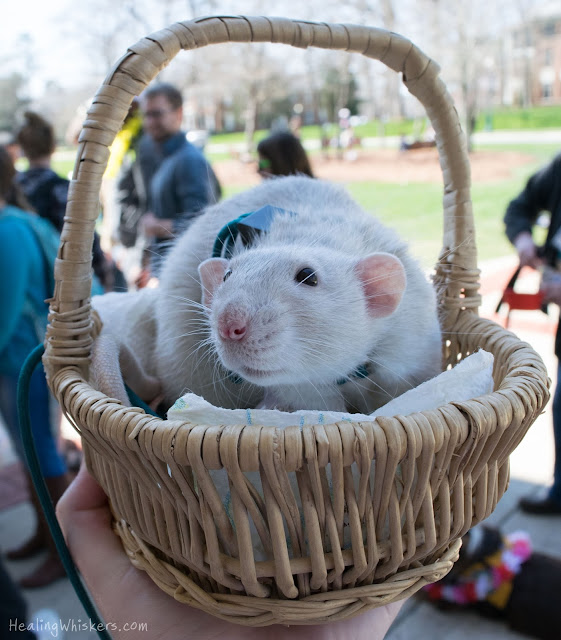 Compassionate Paws (our local therapy team) was invited to Berry to help senior students get in the mood for Spring Break. We stood next to their table which had punch, cookies, leis, and sunglasses: everything to get in the mood! But of course you gotta be relaxed with the help of some animal-assisted therapy, right? 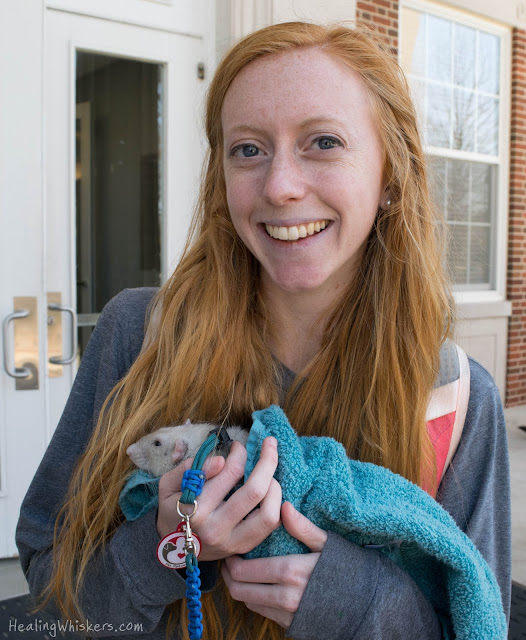 Oliver was a hit as always, and we even had some regular fans come and cuddle him for an extended amount of time. One thing I started bringing with me is a diaper bag. Yes, a diaper bag...for a single rat. It holds everything I need: wipes, paper towels, water for both me and Oliver, consent forms, and of course, treats! I will have a post later on with everything you need to bring with you and this is a cute way of doing so.

Here is a video of how Oliver charms his Berry Buddies: 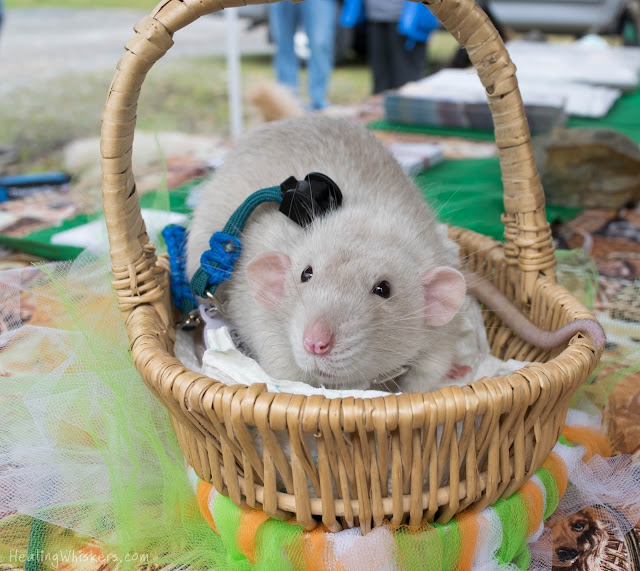 Another event we went to was the St. PETrick's Day parade! I have regularly gone to this for years and this is the 3rd time I've had a rat, so I've become the designated rat lady. You can read about how this event really helped decide therapy work with rats was right for me.

The parade was bigger than it had been in recent years because it was in the afternoon and we had dogs of all types, a bearded dragon, and even a cockatoo! Oliver got lots of cuddles and we held a Compassionate Paws banner in the parade. 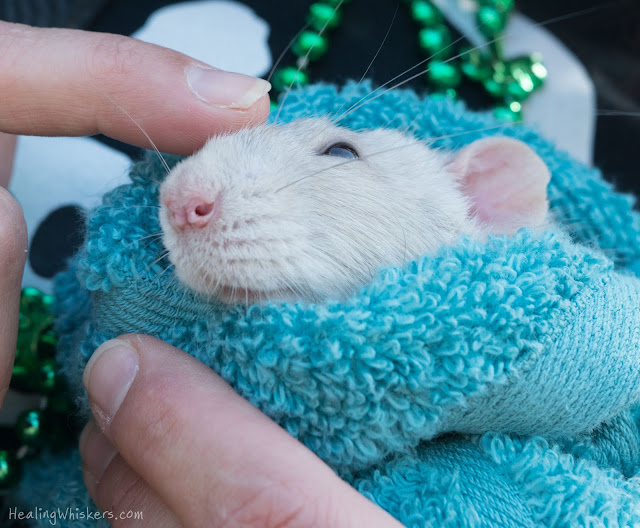 Before the parade started, we had people come up to our booth and pet all the animals and I even was interviewed by a local radio station! You can listen to the broadcast in the video below and also read the article.

So that was totally awesome to get some local exposure! Finals are coming up for students and we will be at 4 schools for de-stressing! We will be visiting three of them in a span of three days - one a day. Oliver will have lots of time to rest up in between them, but this will be a good challenge for him when it comes to stamina. Especially with BlogPaws coming up! (more on that in the next post!)
Do you like going to local parades?
Let us know in the comments below!
at 11:15 PM
Labels: Events