Walking for Suicide Awareness in the ATL 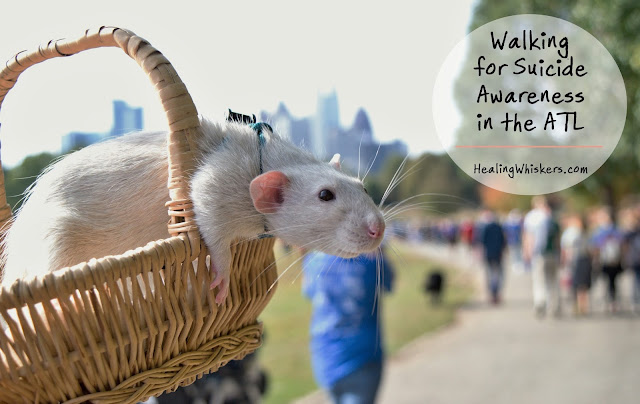 A few weeks ago we did a walk for suicide awareness with Out of the Darkness in Atlanta, Georgia. There was a TON of people with lots of loud noises so it was a great way to see how Oliver is doing with noises and such.


We also got a new basket! (Goodwill is the best) It is more shallow and in an oval shape so there is just enough room for his body. I did notice a flaw where Oliver's butt is just off the paper towel inside so if he poops it gets into the basket not on the towel...and that's not cool. So adjusting the paper towel to the very ends of the basket should help. 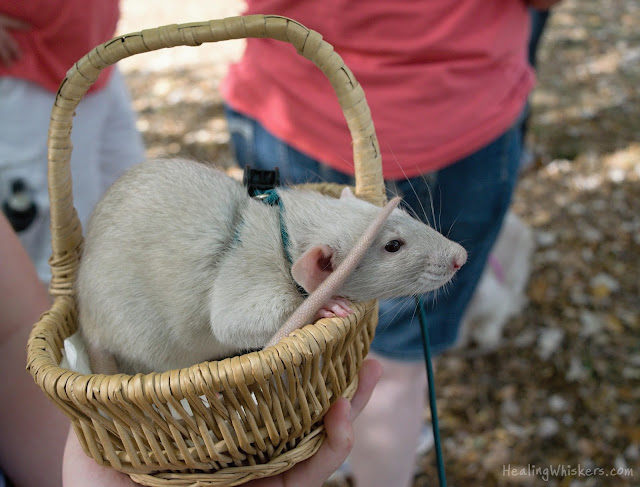 Because there were so many people, Oliver didn't get too much attention. In smaller events, people are more confident to come up and ask about him, but we did get some looks (especially when I held him up for photos) and only a handful of people came up and pet him. 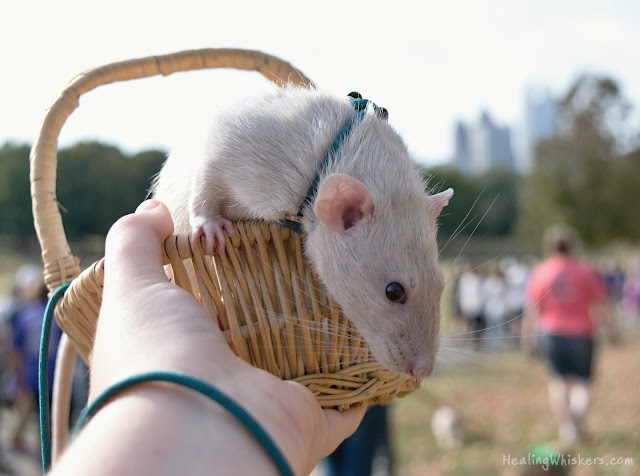 We did have a young child pet him and I have to remember to show little ones how to pet rats as some like to pet them pretty hard. Using two fingers and petting Oliver from his head to his shoulders seems to be the best.

Overall, Oliver did really great and stayed really chill throughout the entire event (even with a live band!) He only piddled on me once right after I took the photo above. I honestly think he was protesting. Haha! But overall I am looking forward to our evaluation in December!

Would you come up to someone who has a rat in a basket?
Let us know in the comments!