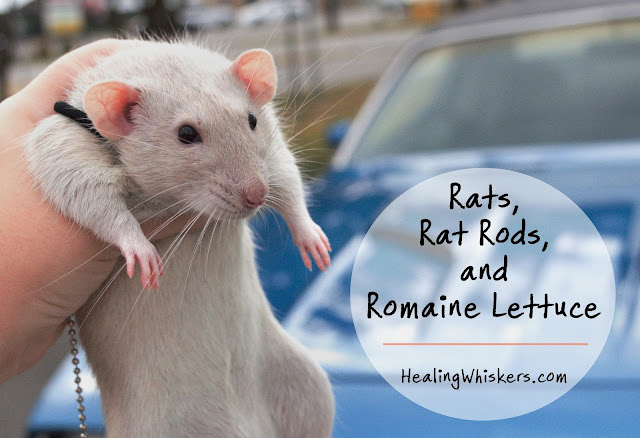 With fall approaching I am so ready to bring out Oliver to events to get him used to new smells and people. It has been too darn hot to do anything outside! (Once it gets into the upper 70's that's when they start to have problems.) I've been looking at local events on Facebook and came across a car show benefitting our favorite animal rescue, A.R.F. so of course we had to go. 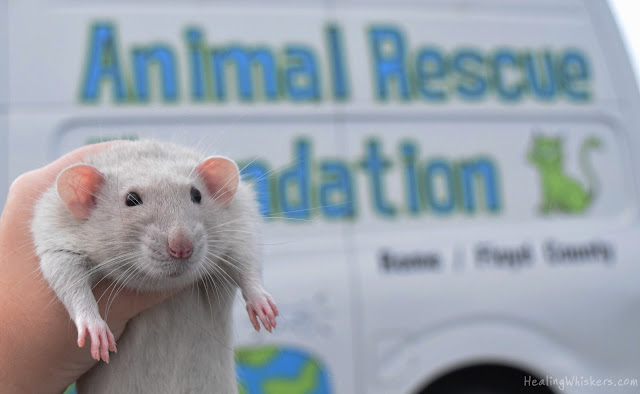 Thankfully this was a morning event (I mean, thankful for it being cool, but I did miss my bed) and there weren't that many people. Kinda good, kinda bad, but for a first public outing it is perfect. Oliver was mistaken for a mouse, he didn't complain though and let the little boy pet him as well as an older gentleman. I made a DIY harness out of two hair ties, but it came apart easily. It could work with a little help of a sewing needle, but I went ahead and ordered one last night that looks really nice. 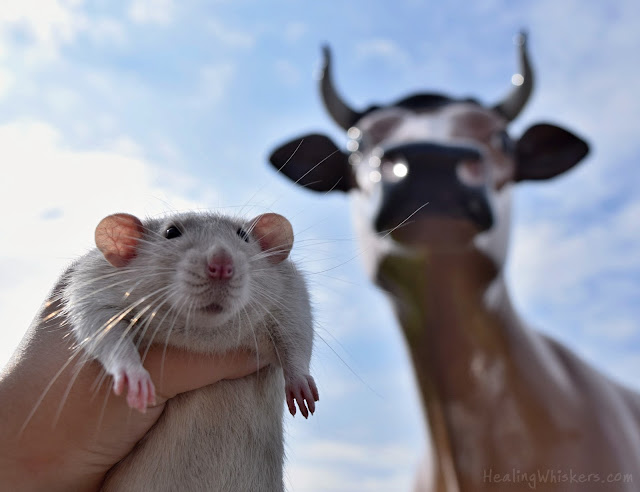 So we stayed at the car show for just a little bit and then ventured out for other events. We went to the Farmer's Market at Ridge Ferry Park and it was almost a ghost town, then to the new Jack's to get some breakfast. To my surprise, the Mayfield cow statue was there! Crossed that off my "I really want to take a picture with this" list. 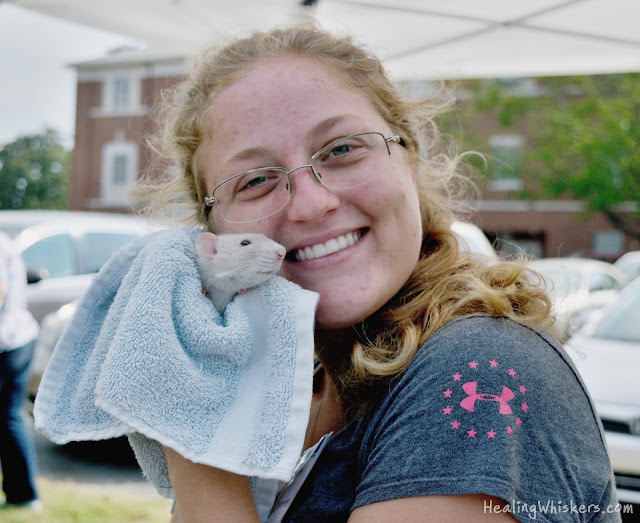 We then went to the Farmer's Market at Berry College. I love Berry and used to go there for my Animal Science major so I knew Oliver would be a hit, and I was right! The Horticultural Services booth passed him around and loved all over him. 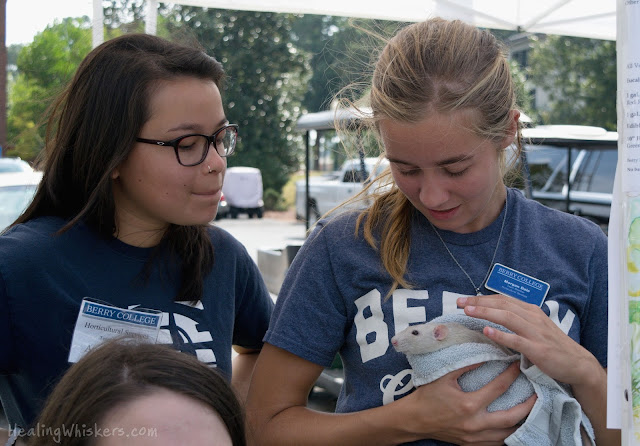 I started putting a towel under him because that is required of Pet Partners (either a towel or basket) for sanitary reasons. Some people are allergic to rats and the towel makes it so Oliver's nail's can't hurt (even though I clip them), so I am all for it. He did poop once on a lady's leg. She took it well though, and I put Oliver back in his basket. Still struggling with potty training over here. Not sure what I can do if we are out and about. Overall I think he did okay! Oliver had a nice calm car ride home and I can see him doing well as he gets older. Just have to get his toilet manners cleaned up! 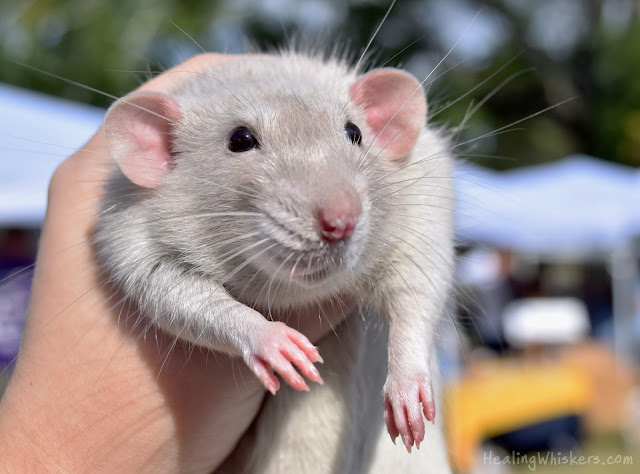 Do you have rats? Have any potty training advice you would like to share?
Let us know in the comments!